That's right, Terraria 1.3.4 makes its way at long last to XB1 and PS4 players today! This update is a combination update, containing all of the content from the 1.3.2, 1.3.3, and 1.3.4 versions of Terraria - and with this update, console players are now within a handful of items of parity with PC. (yes, we know Journey's End will change that for a time - but still, pretty cool!)

What all does that encompass, we hear you saying? You have come to the right place, because we have a handy changelog right here to help you navigate all of the cool new stuff! Before we dive deep into that, here are some key highlights:

Parties have now been added! You can start your own via the Party Girl's Party Center or the Town NPCs may start one, if certain conditions are met....

These include fun new party-themed items such as

A new weather event has been added, sandstorms! With it come new enemies, new loot, a new soundtrack, and a unique experience in the desert biome!

Deserts and the Underworld now have a heat distortion visual effect.

Dripping sand effects can be found in the desert, and placed anywhere by the player with the Magic Sand Dropper! 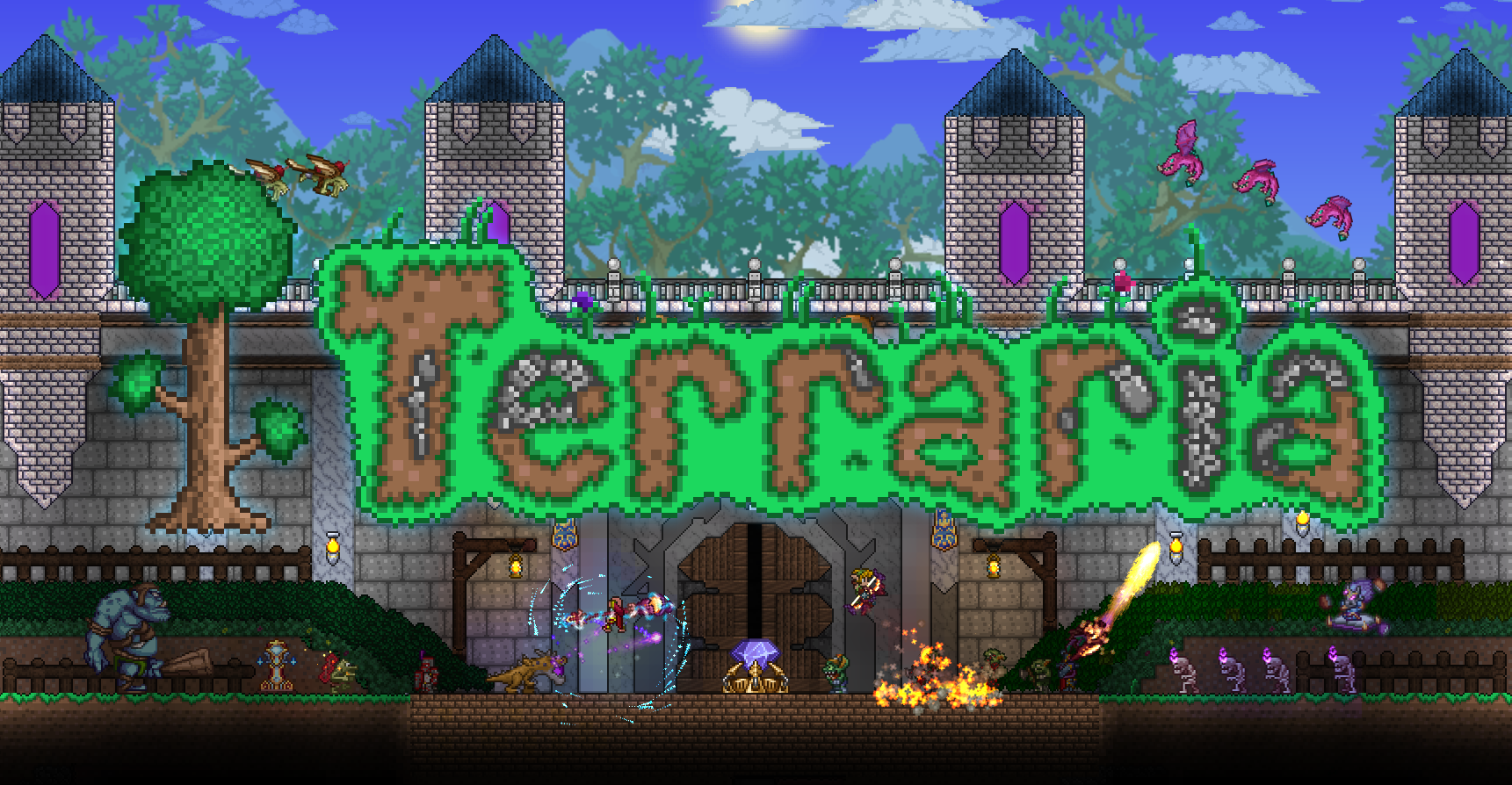 ​
This update includes all of the content from our awesome crossover event with Dungeon Defenders 2! Of course, if you missed the equally amazing Terraria content in DD2, now would be a fantastic time to check that out as well.

The Tavernkeep, a new NPC from the Dungeon Defenders universe, has arrived. He will be offering a variety of Etherian loot and gear in exchange for an exclusive currency earned by playing the new invasion!

Completely redesigned liquid visuals. Enjoy the ripples and waves, as the player, enemies, and projectiles now have a visible impact when they enter and move through water

The Blizzard weather event now has a new, unique ambient sound when active

Of course, all of the above only represents the bulk of the content additions. There are a lot of other changes "under the hood" to performance, balancing, bringing in PC version changes to functionality and bug fixes, etc. as well as additional items that we have not listed above. For those interested in some "light reading material", you can find the full changelog at the bottom of our official launch day thread located HERE!